Panic on the Streets of London...

The January 2012 issue of the extremely good, fetchingly illustrated, conveniently pocket-sized and infeasibly cheap print fanzine Panic Moon will be released soon and is now available for pre-order. Click here. 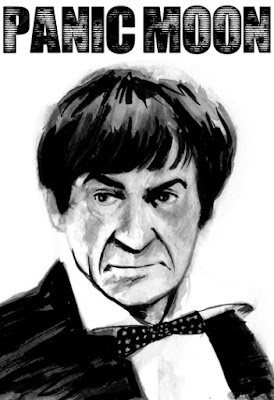 This month the Editor has taken the existence of the publication very much into his hands and granted me even more space than usual.  I have no less than three pieces in this forthcoming issue, looking at 'The Macra Terror', 'The War Games' and 'Invasion of the Dinosaurs'.

I see all these stories as milestones in Doctor Who's engagement with the radical movements and ideas of the 60s.  'The Macra Terror' is a much-misunderstood starting point which came just before the protest movements peaked, 'The War Games' a subversive high point which came just after the ferment of 1968 and 'Invasion of the Dinosaurs' marks the ambivalence and disillusion brought by the subsequent downturn in struggle.

There's loads of other stuff in the fanzine besides me, so don't be put off.
Posted by Jack Graham at 22:08